Madagascar is an island country off Africa’s southeast coast in the Indian Ocean. It was a colony of France from the late 1890s until independence in 1960. Madagascar’s diverse ecosystems and unique wildlife support tourism and eco-tourism.

However, the growing population and agricultural practices have resulted in severe environmental degradation, with much of the native forest habitat destroyed for cattle grazing, cash crops and continued reliance on charcoal for cooking. The climate consists of a hot rainy season from November to April and a cooler dry season from May to October. In 2020 the population of Madagascar was estimated at 27.7 million, with 80% of the population earning less than $1.90/day. 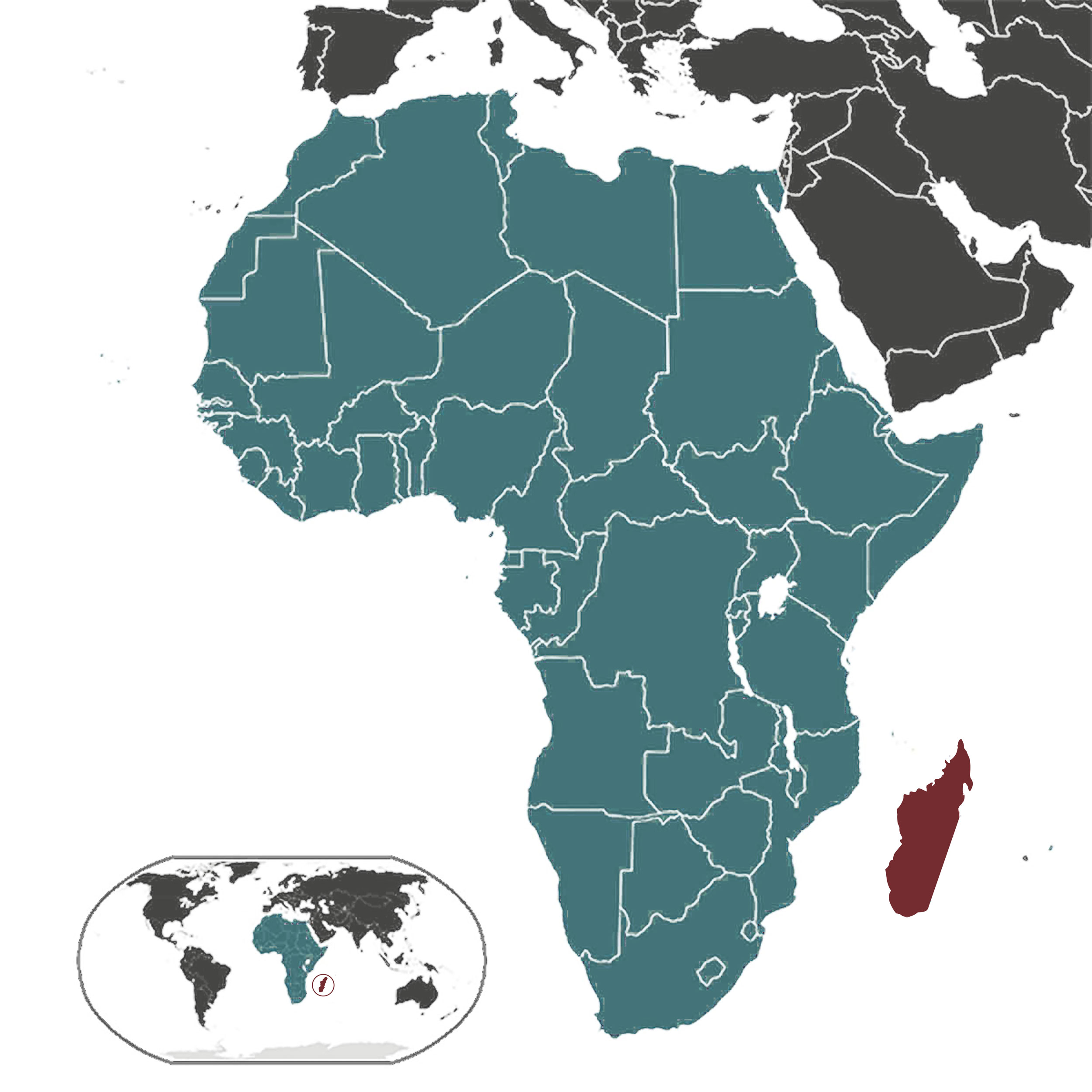