Now we jump on a plane in New Zealand and end up in Ramsgate in England! Here we are greeted by teacher Debbie Nelson and her class who have also been studying Madagascar. I have the pleasure of going to meet the students, show them some pictures and videos of Madagascar and answering there many prepared questions. These students each raised money over their Christmas holidays, doing little chores at home, to help the children of Madagascar.Here is a picture of their classroom that was turned into a veritable jungle!

Debbie decided, after hearing that many children in Madagascar don't have underwear, (as it can't be bought 2nd hand), to collect underwear (knickers) at her school through a drive and send them to the students in Madagascar! Knicker Girl and Knicker Boy were stars at a school assembly, and then Debbie and her class began the job of weekly visits to the classes and drop off bins to collect the donations.

And boy, did they raise underwear!! 1,245 pairs! All of our students got new underwear! 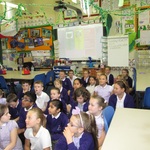 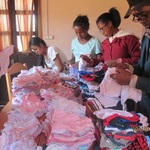 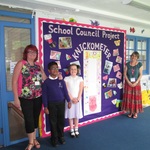 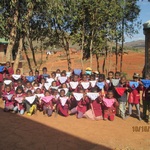 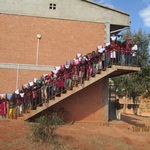