The Madagascar School Project began in 2007 when Kathy Lucking, a Canadian elementary school teacher, volunteered in an orphanage in Madagascar and was struck by the number of children who seemed destined to repeat a cycle of malnutrition and poverty because their families couldn’t afford to send them to school.

So Kathy came home to Canada and founded MSP.  She gathered a community of friends, colleagues, business people and church members, and started raising money to build a school. 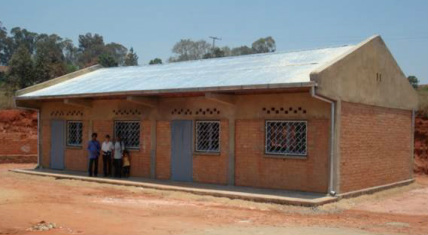 In October of 2008, 65 children aged 4 to 6 years began their studies in Lova Soa, a two-classroom school in the highlands of central Madagascar, staffed by Malagasy teachers.  Lova Soa means School of Good Inheritance.

In January 2010 we opened our second school, SekolyTenaquip, with 126 students and seven staff. The school is named for the Tenaquip Foundation in Canada, which has supported the cost of constructing all buildings associated with MSP. 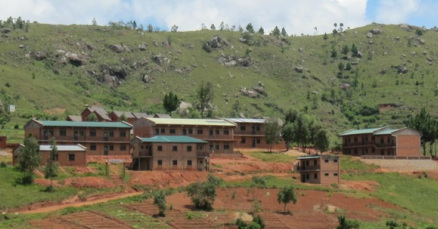 We provide education to the children and youth from more than eighteen Malgasy villages--a pretty good result from what began as a short mission trip.

Madagascar is an island country off Africa’s southeast coast in the Indian Ocean. Madagascar was a colony of France from the late 1890s until independence in 1960.

Madagascar’s diverse ecosystems and unique wildlife support tourism and eco-tourism. However, the growing population and agricultural practices have resulted in severe environmental degradation, with much of the native forest habitat destroyed for cattle grazing, cash crops and continued reliance on charcoal for cooking. The climate consists of a hot rainy season from November to April and a cooler dry season from May to October.